Was Khalid’s “Free Spirit” Album worth the listen?

Khalid took us to Khalid Island with his new album called ‘Free Spirit’.

Khalid is a familiar name we all know. The American Teen singer gave us some real trips by taking us to his world. Khalid spends time on this album telling us what is currently going on in his life and the kind of relationships he has experienced.

Get all Chords & Tabs of Khalid’s Free Spirit Album on your favorite musical instruments.

People are already saying the album is boring and some say it’s not worth the listen. One thing we know about Khalid is his melancholic vibe, you can only get sadder or happier. We can not argue the fact that Khalid is one of the hottest artists right now. The album might be able to compete out there on the charts against Billie Eilish When We All Fall Asleep, Where Do We Go?

Khalid’s sound is unique and it’s very possible that anyone reviewing Free Spirit’s album is not a fan of Khalid or maybe his or her expectations wasn’t met. We all listened to American Teen, some will say it sounds similar to Free Spirit. But note that in Free Spirit, Khalid wasn’t a teen anymore. Since his last album, he has gone through lots of thing and had plenty experiences. 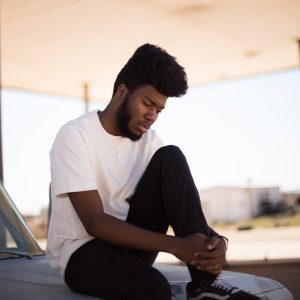 The Intro track was everything we needed to put on that mood. In Bad Luck, Khalid reminded us that he is very familiar with Bad Luck in his relationships, this song.  In My Bad he explains how it is his fault the relationship ain’t working.  In Better he hailed praises on his relationship and went on to say nothing feels better than this.

All songs on this album is worth The Listen. This album is a very great album and will do well on charts. The melody is something you would want to listen to continuously and Play along with if you have the chords and tabs.